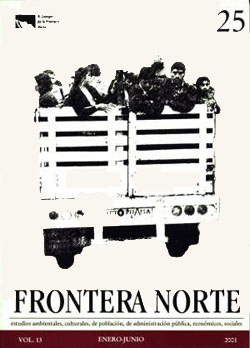 This article would not have been possible without the assistance of Gregory Rocha, Irasema Coronado, and Thomas Longoria. These colleagues from the Department of Political Science at the University of Texas at El Paso did the bulk of the work in organizing the exit poll that this research is based on. I am also indebted to Thomas Lengona and the anonymous reviewers for comments on an earlier version of this article. Finally, I wish to thank our student-pollsters from UTEP who actually conducted the surveys. This research was funded by a grant from the Center of Inter-American and Border Studies of the University of Texas at El Paso.

According to the rules established by the party for the primary, the winner would be the candidate receiving a simple majority of the votes in a majority of the 300 electoral districts in the country.

For complete results of the primary see http://www.pri.org.mx/elecciones/f_elecciones.html.

Aziz argues that the PRI's credibility crisis, stemming from its corruption and authoritarian ways, was an even greater factor accounting for its declining electoral support in Chihuahua than the economic crisis of the 1980s. See Alberto Aziz Nassif, "Electoral Practices and Democracy in Chihuahua, 1985", in Electoral Patterns and Perspectives in Mexico, Arturo Alvarado (ed.), Center for U.S.-Mexican Studies, University of California, San Diego, 1987, pp. 181-205. [ Links ]

The PRI lost its majority m the Chamber of Deputies for the first time ever in the midterm elections of 1997. It did, however, win 239 of the 500 seats in the Chamber, giving it a plurality.

An example of such a poll was conducted by the newspaper El Diario (Júarez, México) and published by that paper on October 31, 1999. [ Links ] The survey asked 1,000 registered voters in Chihuahua the following question: "If the election where held today, of the following candidates mentioned, which would you vote for?" The results were: 45 per cent for Labastida (PRI), 33 per cent for Fox (PAN), and 7 per cent for Cardenas (PRD).

The New York Times reports a poll published by Reforma (Mexico City) on June 22, 2000 showing Labastida favored by 34 per cent. [ Links ] Fox with 32, and the PRD's candidate, Cuauhtémoc Cárdenas, with 13. The margin of error was plus or minus 3 percentage points. See Sam Dillon, "Polls Show a Virtual Tie in the Crucial Presidential Race in Mexico", New York Times, June, 24, 2000. [ Links ]

Other strong showings for opposition presidential candidates were Juan Almazán in 1940, Miguel Henriquez Guzmán in 1952, and Cuauhtémoc Cárdenas in 1988. It is widely held that Cárdenas actually won the 1988 election, but was denied victory through widespread electoral fraud.

The exit poll was conducted on the day of the primary, November 7, 1999. The survey consisted of 28 questions. Thirty bilingual students from University of Texas at El Paso conducted the interviews. These students broke up into teams of two or more, who were assigned to one of 14 randomly selected mesas receptoras (polling booths). It was our initial goal to survey 600 voters, however, due to an unexpectedly low turnout, our student-pollsters were only able to obtain the responses of 309 persons. Nationwide, turnout for the primary was only 16.9 per cent, dramatically lower than the almost 78 per cent turnout in the 1994 presidential election and 58 per cent in the 1997 midterm elections. In the state of Chihuahua, a stronghold for the opposition pan, turnout for the primary was even lower at 10.8 per cent.

Due to electoral fraud, voting statistics prior to 1992 are not really an accurate indicator of voter preferences.

In contrast to the official statistics, a June 1986 survey of Juárez voters by Guillén found that 41.9 per cent preferred the PAN and 31.7 per cent preferred the PRI. See Tonatiuh Guillén López, "Political Parties and Political Attitudes in Chihuahua", in Electoral Patterns and Perspectives in Mexico, ed. Arturo Alvarado. Center for U.S.-Mexican Studies, University of California, San Diego, 1987, p. 232. [ Links ]

Until 1988 the Chihuahua legislature consisted of 14 single-member district seats (aka. majority seats). In 1989 the number of majority seats was increased to 18, and 10 proportional representation seats (aka., plurinominal seats) were added.

For an analysis of the results in the 1995 election see Aziz, 1996. Also see Yemile Mizrahi, "Dilemmas of the Opposition in Government Chihuahua and Baja California", Mexican Studies/Estudios Mexicanos, Vol. 14, No. 1, pp. 151-189. [ Links ]

This exit poll was conducted by the Political Science Department at the University of Texas at El Paso at randomly selected casillas in Juárez on July 2, 2000. There were 631 respondents and the poll has a margin of error of ± 4 per cent.

Opinion polls showing a significant advantage for Labastida in the 2000 election led many to believe that the only way the opposition could win the presidency would be for the PAN and PRD to form an alliance. These two parties met for months trying to forge a unified front, however the effort failed in the end due to an inability to agree on a method for choosing the coalitions presidential candidate.

Sam Dillon, "Zedillo Suggests US-Style System to Pick Mexico's Presidential Nominees", New York Times, 5 March 1999, A1 and A6. [ Links ] Since the late 1970s, the major rift in the PRI has been between the so-called politicos and técnicos. Políticos tend to be the old-guard career politicians who have moved up in the party by holding elective office; they typically have received their university educations in Mexico; they tend to be critical of the governments neoliberal economic policies, favoring a return to the more populist approaches of the past; and they tend to take a more hard-line position about opening up the political system to the opposition. In contrast, técnicos is a term that refers to the mostly US-educated bureaucrats with advanced degrees whose careers have been made exclusively within the bureaucracy. The técnicos are the group that initiated and continue to support Mexico's shift to a neoliberal economic strategy, and they tend to be more willing to concede space to the opposition.

Conclusions regarding the opinions of Bartlett and Roque supporters cannot be made with any confidence given the small number of their supporters in the sample.

Negotiations among the parties resulted in a solution, whereby the PRI candidate, Enrique Priego Oropeza will serve as interim-governor until new elections are held in November 2001.

The PRI is currendy challenging this election in the federal electoral courts.