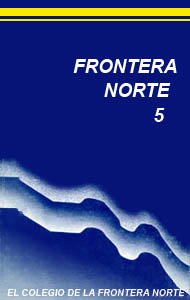 Another related program (directed toward Mexico and certain Caribbean Basin countries) permits increased quotas to be negotiated for imported apparel items that are assembled from fabrics made and cut in the United States.

While U.S. imports under items 806.30 and 807.00 do provide a rough measure of offshore processing and assembly for the US. market, they fail to capture all export processing or assembly operations (e.g., items not exported to the United States but entered under other tariff schedule provisions). However, the establishment of a customs user fee on imported merchandise in December 1986 motivated many importers of goods normally covered by duty-free tariff provisions (e.g., most- favored- nation (MFN) duty free, the Generalized System of Preferences (GSP), and the Civil Aircraft Agreement) to claim eligibility under items 806.30 and 807.00 to avoid the fee; items entered under the 806.30 and 807.00 tariff provisions are exempt from the user fee (until September 30, 1991), the duty-free portion of U.S. imports under items 806.30 and 807.00 will more closely represent the U.S. -origin components and metal in foreign manufacturing operations that export their finished products to the U.S. market.

The top-40 categories were determined according to the following rule: 4.5 percent or more of all imports but more than $100 million in U.S.- content value. Together, these top-40 commodity groups accounted for about half of all U.S. imports, 98 percent of all imports under item 807.00, and 96 percent of the total U.S.- content value of item 807.00 imports in 1987. In 1987, there were 50 three-digit SIC-based import 807.00 products were primarily crude oil and refined petroleum products, meat products, silk fabrics, pulp and paper mill products, and industrial organic chemicals.

The bulk of item 807.00 imports ($52.8 billion or 78 percent) in 1987 contained less than 20 percent U.S.-content value and came primarily from OECD and Eastern European nations. The majority of products with less than 20 percent U.S.- content value were transportation equipment products, mainly motor vehicles and equipment from Canada, Japan, West Germany, South Korea, United Kingdom, France and Sweden. In 1987, these seven countries accounted for 93 percent (or $46.5 billion) of all item 807.00 imports of transportation equipment. Together, they accounted for 88 percent of the value of item 807.00 imports that incorporate less than 20 percent U.S. -content value. U.S. imports of motor vehicles and parts from four of these countries (Canada, Japan, West Germany, and Sweden) accounted for over 30 percent of all U.S. imports from each of these four countries.

For a further discussion of the differences, see Grunwald and Flamm, op. cit., p. 144.

To qualify for entry under item 807.00, components must have been imported from the United States in a condition ready for assembly without further fabrication, must not have lost their physical identity in articles by change of form, shape, or otherwise, and must not be advanced in value or improved other than the assembly or operations incidental to assembly.

Recently, the USBLS issued a report in which it made projections of U.S. industry output and employment and occupational employment by industry to the year 2000. The study considered three growth scenarios (low, moderate, and high). The projections presented here are those under the moderate growth scenario. See United States Bureau of Labor Statistics (USBLS), "Outlook 2000: Five Articles on the Shape of the Economy and Occupations in the Year 2000," in Monthly Labor Review, 112: 11 (November 1989), entire issue.

USBLS collects information on employment and earnings using two surveys; one based on establishment and the other based on households. Differences between these surveys are described in Employment and Earnings. The Office of Economic Growth in the USBLS also conducts a survey of occupational employment for its employment projections program; their sample frame is somewhat larger than the one used in the household survey. Comparisons between the three data sources (all used here) should take these factors into account.

Most of these detailed occupational groups appear to be paid near the minimum wage level. During 1988, the U.S. minimum wage was $3.25 per hour; based on a workday of 8 hours, this translates to $26 a day, $130 for five days, and $156 for six days (including any overtime).

Detailed sectoral tabulations are available from the author upon request.

Detailed sectoral tabulations are available from the author upon request.

The USBLS has constructed indexes of hourly compensation costs (which include hourly earnings plus additional compensation and benefits) for production workers in manufacturing for 30 countries or areas. Selected data for developing countries included in the USBLS report are given in the following table: