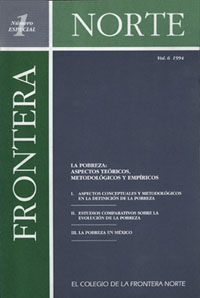 This paper, focused on broad trends and patterns, will not provide detailed statistical evidence. Estimates of the incidence of poverty and trends in the incidence of poverty are drawn from: World Bank, The World Development Report 1990 (New York: Oxford University Press, 1990); International Fund for Agricultural Development (IFAD), The State of World Rural Poverty, by I. Jazairy, M. Alamgir, and T. Panuccio (New York: New York University Press, for IFAD, 1992); or individual country studies usually made by, or reported in, World Bank documents.

The present writer feels least certain about the circumstances and trends in Latin America. He would like to note that Latin America is the only region in which he did not have an opportunity of direct field experience.

Apart from the former Indo-Chinese countries (for which the turbulent history of the recent past and the absence of information act as major reasons for their exclusion from the present analysis) this list excludes one other major country of the region, the Philippines. Both development strategy and poverty outcome in the Philippines have been very different from what they have been in the countries of East and South-East Asia listed above.

Also, Thailand's record with respect to the change in inequality in the distribution of income is the worst among the countries in the group.

The Grameen Bank in Bangladesh provides credit to the landless workers engaged in nonfarm activities at a rare of interest that is higher than the interest charged by other institutional sources of credit. The present writer has argued that one of the principal reasons why the poor have been the beneficiaries of the Grameen Bank program is that its credit has not been underpriced. For an analysis of many novel features of this program, see Mahahub Hossain, Credit for the Rural Poor: The Experiences of the Grameen Bank in Bangladesh (Dhaka: Bangladesh Institute of Development Studies, 1984).